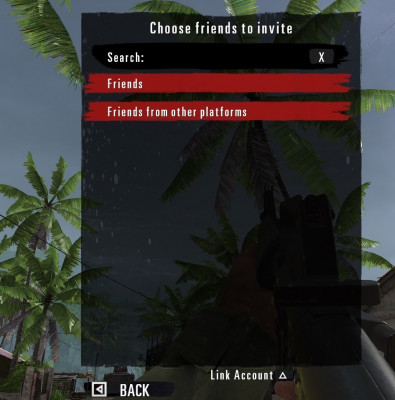 This is the first of several expected hotfixes for Update 1.5. This update is a proper shipping build for clients and servers, not a debug build which accidentally shipped yesterday. The current plan includes another build tomorrow to fix several issues that were found in the testing of this build, and another hotfix in the coming days to address other player encountered issues that have been reported.

This is the second of several expected hotfixes for Update 1.5. This update addresses the remaining unprotected commands that were found in the 1.5.1 update that kept it from being a full proper shipping build.

The team is working towards another hotfix in the coming days to address other player encountered issues that have been reported.

With the release of Hotfix 1.5.3, after the release of Rising Storm 2: Vietnam on the Epic Game Store, we first want to say thanks to everyone who has downloaded and played the game - as well as the extra players jumping (back) in from the Steam side.

We are rolling out this first Hotfix to deal with those issues we can handle quickly, including some backend issues causing servers to drop off the server browser and some performance improvements behind that, causing issues with joining games. The full change log is below.

Following on from this, Saber (who have been doing all the work to bring Vietnam to EGS) will be working on the next Hotfix, which will focus on the more complex performance issues and the SDK. Because this is more complex, the coding and QA will be more complex, pushing Hotfix 2 to later next week.

Once those issues are squared away, we are working with some “old friends” from the original development team to bring a further round of fixes and QoL improvements to the game - and even some new content - to round off 2020.

All of us at Tripwire thank you for your continued support and patience. We hope to see you in Vietnam!


=]RC[= Hunter
skill is not an unlock ... see ya on the battlefields

For our records, already a few days past its release ...

These are the notes for Hotfix 1.5.4 for Rising Storm 2: Vietnam. Thanks again for everyone who has downloaded the game. We’re happy to say that you’ve been breaking records for player numbers over the last couple of weeks!

This Hotfix took a little longer, courtesy of the QA required around some of the performance issues, as these were related to how player stats were being handled on EGS. Players should now see far less hitching when players join servers, for example, as well as other performance improvements.

We also have the SDK working for the mappers/modders out there, as well as the first round of some QoL fixing to the whitelisting system. The missing Green Army Men maps are back where they should be and a number of other issues (see the Changelog for details) have been addressed. And some fixes for Vivox VoiP issues.

From here, we will review any outstanding issues from the EGS implementation, including lingering VoiP issues and move on to some further Quality of Life issues. All of us at Tripwire (and Saber) thank you for your continued support and patience. We hope to see you in the ‘Nam!