Additional maps at our BC2 Vanilla conquest server?

I'd prefer that Atacama would be replaced with Nelson bay instead

Or maybe make an alternative server with only big maps? I appreciate that you guys are still involved in this old game!

As for an additional server with large maps, no this is not in our interest.

Many years ago we run a Rush server as well, but most members preferred the Conquest mode, so we put them down a while ago... even had a database for it with player stats and such, same fashion like for the conquest or vietnam server.

I summon thee, =DROVOSEK=!
For shineth thy glory in times of darkness and be our guiding light!

Regarding EA's map designs, a vast amount of complains has been expressed by players and server administrators, be it on this forum or on other platforms. Although I agree with most points of criticism, people tend to ignore an important factor - the player base.
At the present moment the majority of players are regular visitors, most of them are experienced; they always use the same tactics; abuse weaker teams/the few new players that join; there is no variety in this game anymore.
That said, each map has its upsides, charm and appeal (except for Heavy Metal - it's utter garbage.

), but the positive aspects are tainted by the mentioned player base, which makes a final decision about which maps to include/discard slightly complicated. Keeping that in mind: ...

Actually a fun map and i would like to play it more often, but at the current situation i wouldn't recommend to add it to the rotation, because one team will be trapped at the base before you can say "campers suck". If my memory isn't cheating on me, this map has been up for a few weeks in the past and has been removed for good reasons.


MertAndacKilicTR wrote: ↑
30 Nov 2019, 21:46
What? Who even hates White Pass? That’s such a nice map. My favourite map in the rotation. You can remove Arica Harbor though since everyone tends to spam on that map.

A perfect example. For campers and k/d-fanatics White Pass is indeed one of the best maps, if not virtual paradise. However, if people want to actually play the game, instead of sitting around, this map is one of the worst, depending on who is online and ruins the gameplay as usual. A few minutes in and a front of campers is forming around B and sitting on cold and snowy debris until they receive hemorrhoids.

This can be applied to pretty much any map, hence i am taking a neutral stance for now. Personally I would like to see every map (except Heavy Metal!), especially Atacama Desert and Nelson Bay, but since the players are causing "conflicts of interests", I don't see any reason to do so. It won't be fun playing them, if there is no dynamic, because everyone is camping in his favorite corner or bush.

I don't want to rant or sound cocky, but I have played this game since release and there was not a single day i would complain about anything like that, because there were many servers and game modes to choose from, we had all kinds of players imaginable with all different playing styles. It was always exciting and fun, because people actually joined a server to play and relax (imagine that!). Nowadays the player base is mainly built on said k/d-fanatics, experienced and bogged down players and spoiled gamers. The problem with excessive camping and constant disbalance is, in my opinion, a phenomenon of the past 2 years and gets worse with every day.
Just to make it clear: Of course disbalance etc. would have occurred in the past too, but it was not as bad and frequent as today, thus not as annoying and frustrating at times.

Summing up, I still would like to see new maps such as Atacama Desert and Nelson Bay, because they can be great maps to play, but I am questioning if they will ever be playable due to the dulled down player base.

And here I am, still playing with earbuds from my 10-years-old phone. 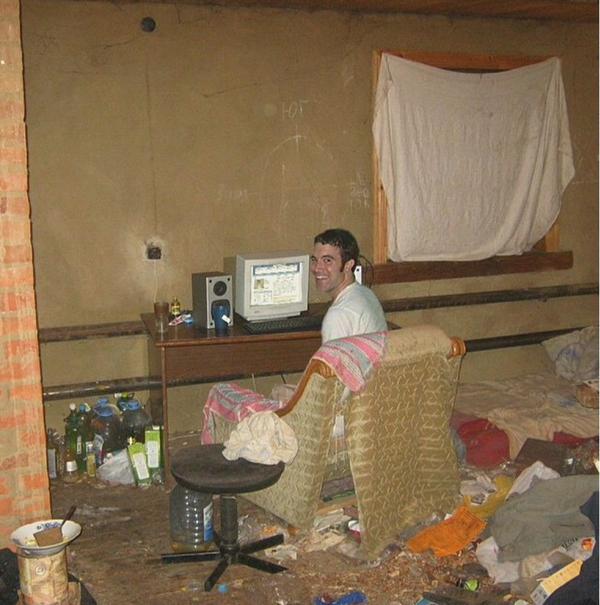 I completely agree with Nino but there is better map than Oasis not))) as for me better attack map harvesting.

Happy New Year to all of you! All the best to you.

Past week I have played frequently (too much even), including the new map Atacama Desert. In stark contrast to the prevailing opinion that this map "does not feel like RC", I am convinced that it does match up with the conventional infantry-based maps. Settings, such as amount of tickets, respawn rate of vehicles, size of base protection (as far as i could acknowledge it) are well-balanced and, overall, it just works fine. Personally, I do enjoy the new addition as it offers long-desired variety in the map rotation and I would like to see it further on.

I am curious if the statistics do indicate a decline in players when Atacama Desert would start. Albeit the larger map, more heavy vehicles and, generally speaking, not being the "typical RC map", I didn't notice any larger decline of players. When looking into the statistics, please keep in mind that groups of players do leave the server, but due to the mentioned player base in my previous post, which can and does happen on every map and is not attributed to Atacama Desert itself. Despite that, compared to other maps there was no noticeable difference regarding baseraping and team balance.

Nino-6-years wrote: ↑
04 Jan 2020, 22:28
I am curious if the statistics do indicate a decline in players when Atacama Desert would start. Albeit the larger map, more heavy vehicles and, generally speaking, not being the "typical RC map", I didn't notice any larger decline of players. When looking into the statistics, please keep in mind that groups of players do leave the server, but due to the mentioned player base in my previous post, which can and does happen on every map and is not attributed to Atacama Desert itself. Despite that, compared to other maps there was no noticeable difference regarding baseraping and team balance.

The collected statistics so far do not show any player declining due to Atacama.
The map will remain in the rotation as of now.

I would like to suggest that we discuss Atacama Dessert again, now that some time has passed. I havent played mutch BC2 over the summer to be honest, but I recently started playing again, and as far as I can see, players tend to leave when Atacama starts. Right this evening as I speak, I was playing during Panama Canal, 32 players, all in, super fun. Then BAM, Atacama starts and there's 10 players left, and the server later dies totaly. This has happened many times now.

What does the statistics say these days? Are players declining Atacama, or how does the map perform? Maybe we could observe some statistics and discuss the map rotation again.